Arjun Karki, Baglung (Hamro Khelkud) – The 3rd Boudhha Cup Football tournament will be held in Beni Bazar, Myagdi. Boudhha Youth Club of Beni Municipality Ward no. 7, Mangalaghat will be organising the tournament in the Khula Manch ground from 17th to 21st of July. 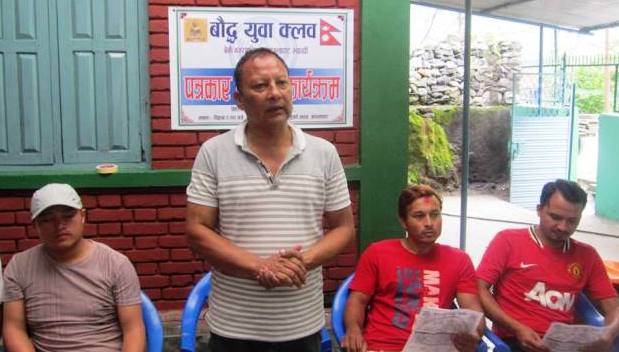 According to Club President Bijay Kisan, the club has been active in social as well as sports development. Club adviser Subash Kumar Shrestha said that the tournaments played at the local level help in identifying players and to give them opportunities. Club Vice-President Krishna Shrestha informed that the tournament cost is almost 2.7 million Rupees.

The club was established in 2064 BS under the Presidency of Jiran Rana. With local support, they have been active in social work at Mangalghat and in the surrounding areas.