MCC, put in to bat first registered 334-7 in allotted 50 overs after three players scored half-century each. Opener Will Rhodes top-scored with 93 runs off 83 balls to pile pressure on youth side. He along with Billy Godleman put up 110 runs for the first wicket. Godleman was trapped leg before on 22 runs by spinner Sagar Dhakal on the last ball of 17th over. Rhodes’ journey was cut short shortly after as he tried to scoop Sher Malla but failing to clear Arun Airee inside the 30-yard circle.

Skipper Jimmy Adams was the next victim of Sher as he misread the line to be trapped leg before for naught. Tom Westley, who has 5 test caps for England then had 98 run-stand with William Vanderspar for the fourth wicket. Vanderspar holed out to Sagar scoring 24 off 42 balls. Westley scored 65 off 55 balls which comprised of 8 fours and 2 sixes. He was a victim of an excellent catch by Sagar Dhakal just inside the long-on boundary off left armer Kushal Malla.

Miles Hammond and Ed Young starred in the death over with a blistering hitting off pace bowlers. Hammond hit six maximum and 3 fours to score 65 off just 35 balls. Ed remained unbeaten on 45 hitting 3 fours. Spinner Sagar and Sher shared 2 wickets each while Aakash and Kushal bagged one each.

In reply, Nepal could muster 296-9 in 50 overs. Opener Lokesh Bam got Nepal to a flying start with 4 boundaries. He scored 18 off 13 before getting caught in square leg. Skipper Rit Gautam and Khadak Bohara continued the proceedings with 56 run stand. Khadak was bowled through the gates off Young for run a ball 26 which had 4 boundaries. Skipper Rit then got caught in deep square leg boundary trying to flick a short one from Hannon-Dalby. He scored 45 runs off 58 balls which had 3 fours and a huge hit over straight boundary.

Nepal U-16 skipper Bishal Bikram KC struggled in the middle and was caught off Hammond for just 13 runs. Arun Airee and Hari Bahadur Chauhan’s 61 run partnership ended as Arun failed to clear long-on boundary. He hit 2 fours and a six scoring 30 runs off 40 balls. Hari Chauhan couldn’t add up to his 52 runs as he misread Westley’s delivery soon after reaching his half-century. Hari scored 5 fours and a six off 60 balls.

Kushal Malla 12 off 9 and Pratish GC 4 off 7 had a short stay in the middle. However, Aakash Chand and Sher Malla made sure the game went until the final ball raising hopes of some miracle towards the end. Aakash hit 2 sixes and a four for his 30 runs off 26 deliveries. Sher remained unbeaten on 28 off 24 balls. He hit 3 fours.

Chris Wright was pick of the bowlers for MCC with 3 scalps. Miles Hammons and Tom Westley got 2 wickets each while Ed Young and Hannon-Dalby got one each. MCC will face Nepal National Cricket Team in a 50-over match on Monday in TU Ground, Kirtipur. 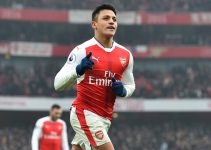 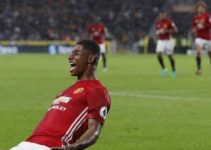 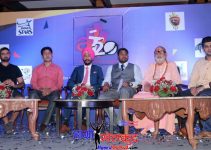