The team led by Swedish coach Johan Kalin traveled to the capital Burma on Sunday after a formal farewell program organized by All Nepal Football Association on Sunday.

There are four changes to the squad that played against Jordan last month. Regular captain Kiran Kumar Limbu, versatile midfielder Rohit Chand, Bishal Rai, and Heman Gurung are among the absentee. Meanwhile, forward Bharat Khawas has made a comeback after 6 months of break from the National side. Similarly, goalkeeper Alan Neupane also made comeback to the team. Subash Gurung and Michen Tamang are among two new faces in the team, making their way to the National team for the first time.

The friendly match will be played on Thursday, the 7th of November when Myanmar will take on Nepal. Nepal’s U-23 team recently played a friendly match against Myanmar U-23 in Qatar. The game ended in a 2-2 draw after Nepal couldn’t hold on to the lead two times in the game. Nepal took the early lead on Ananta Tamang’s headed goal in the first half while Rejin Dhimal’s 60-minute goal gave Nepal the lead second time in the game.

Three senior players, Bikram Lama, Sujal Shrestha and Nawayug Shrestha were included in the U-23 team. Sujal was handed the armband.

Nepal ranks 167 in the current FIFA ranking while the host country Myanmar ranks 20 positions up in 147.

Myanmar will have a new coach as Antonie Hey has been appointed to coach the team for the upcoming matches in the FIFA world cup 2022 qualifiers following the departure of Miodrag Radulovic.

They have three defeats in their last three matches with the latest defeat coming against a humiliating 7-0 loss to Kyrgyz Republic. They lost to Japan 2-0 at home and 1-0 to Mongolia in their last matches.

Meanwhile, Nepal’s last three matches have been the majority of defeats too. They lost 3-0 to Jordan, 5-0 to Australia after they had a wonderful performance against Chinese Taipei where they won 2-0 in an away match.

The match will be played on 11/07/2019 on Thursday. The live streamings and live score updates of the game will be updated here once available. 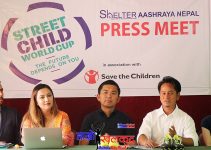 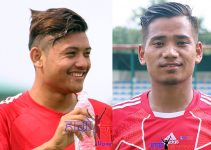 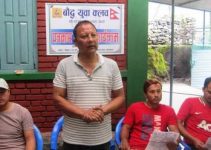