(Agency) – Liverpool won the home team Bayern Munich in the Audi Cup of the ongoing Pre-season friendly. Liverpool performed exceptionally well in the match where both teams had started with strong line ups. 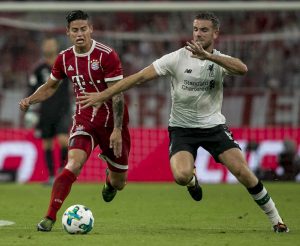 English international Daniel Sturridge chipped the 3rd goal exquisitely over Bayern Munich’s goalkeeper Ulreich to make the scoreline 3-0 in the 68th minute. Sturridge, who was introduced in the second half, was forced to substitution through injury in the later stage of the game.

The final of the Audi Cup will see Liverpool play Atletico Madrid, while Bayern Munich will face Napoli.