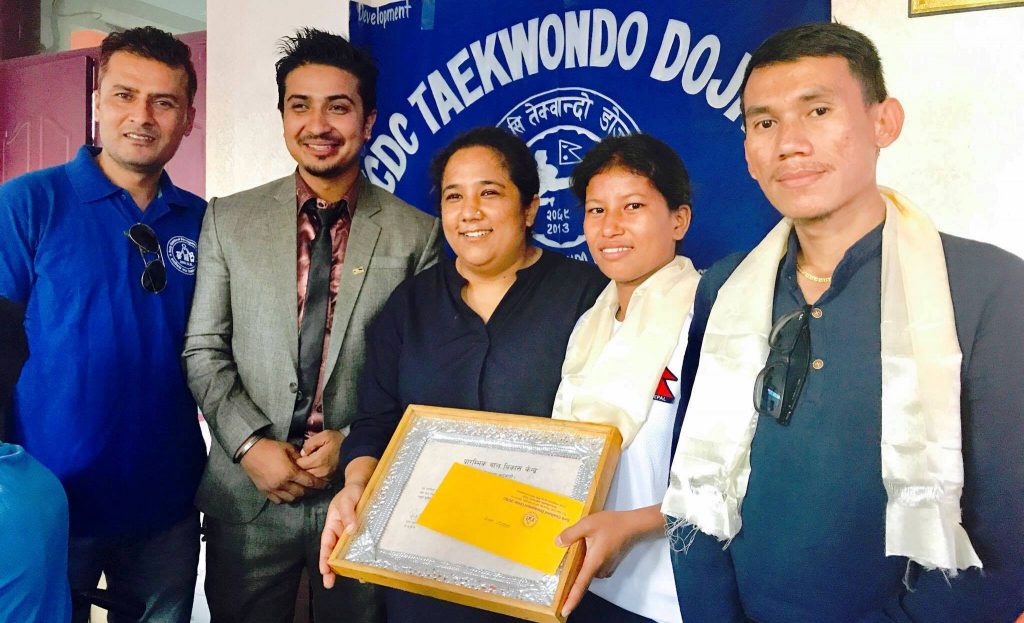 CNN superhero Pushpa Basnet said that they work to provide encouragement and support to Para Players like Ranjana. She said, “We felicitated Ranjana because she achieved success in international competition for Nepal in spite of being differently-abled.” Dojang Chairman Kunwar said that if they received such inspiration, the player’s level will be improved as well. Other wheelchair Para Taekwondo players were also present in the program. Ranjana had won a bronze in the Para Taekwondo Championship in her K-44 category of 49 kg weight category.

The Championship was held in Chuncheon, South Korea. Ranjana had to be limited to a Bronze medal after she lost to Mongolian player Khurelbaatar Enkhtuya in the Semi Final of the Championship held on the 1st of July. Khurelbaatar had won the gold medal and also received the title of the Best Fighter of the tournament. Chairman Kunwar said there are eight para Taekwondo and nine wheelchair players undergoing training in the ACDC Taekwondo Dojang.