By a Staff Reporter

Stefan Samir was also on target for NRT as they beat bottom side Friends Club during an entertaining match. Jamol Anthony Francois and Nathaniel Jude Gracia scored for Friends Club but that was not enough to prevent a defeat. 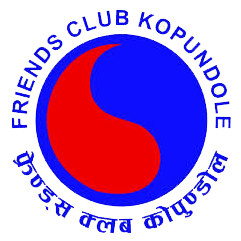 Samir scored in the fourth minute to give NRT the lead. Mesuke doubled the lead in the 20th minute in a solo effort.

Friends Club had to wait until the 80th minute for Francois to score a goal through a header in a pass from Sakal Regmi.

NRT extended their lead in the fourth minute of injury time with a second goal from Mesuke.

Nathaniel Jude Gracia hit back a goal to make the score 3-2 in the sixth minute of added time but it was too late.

Following their second victory, NRT have 10 points from 7 matches. Army who also have 10 points are in the fourth position – one spot ahead of NRT due to goal difference. On the other hand, Friends Club who have just 3 points from 7 matches are hovering in the relegation zone. Friends are the only club that has not registered a single win in the ongoing league. They have lost four matches and have shared the spoils in three matches.