Kathmandu (Hamro Khelkud) – Nepal Judo Association will be organising the eighth edition of Ambika Bahadur Chhetri Memorial Open Judo Championship from August 11 to 13. The three-day long championship, which will be held at the Lumbini Hall in Satdobato, will see Men and Women taking part in eight age group categories each. 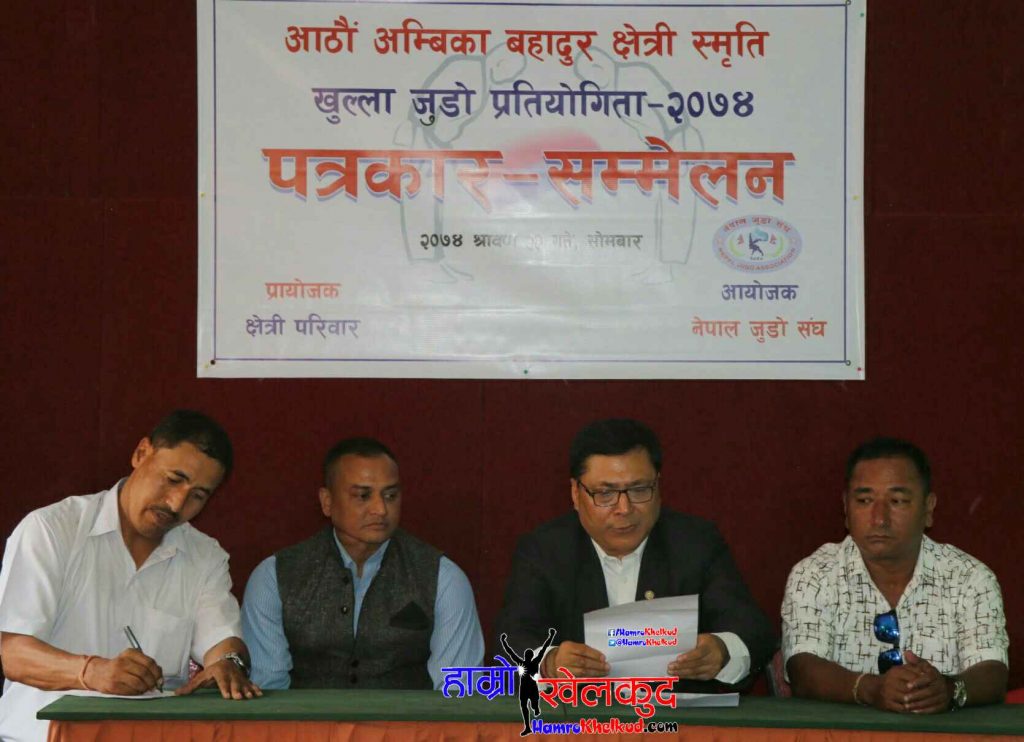 According to the Association President Dipak Harsha Bajracharya, if there are more than 6 players in a single weight section, the matches will be played in a knockout format. He also informed that the tournament will be seen as the selection for national team and best two players will be selected from every weight section in the national team. On the basis of this tournament, two female judokas will be selected for the World Judo Championship in Budapest, Hungary.

Mohan Sunuwar will be playing the Championship on his personal expense, as informed by the Association. Likewise, judokas Phupu Lhamu Khatri and Manita Shrestha Pradhan will take part in the World Judo Championship to be held in Croatia in October.

Best Player and Best ippon player will be awarded in the championship. Meanwhile, former Nepal Judo Association late Ambika Bahadur Chhetri’s son Pramod Bahadur Chhetri handed over a cheque of Rs. 1,75,000 to the Association Treasurer Bipin Prasad Shrestha. The Association has estimated the cost of the tournament to be around 5 lakhs Rupees.

Almutairi announces his resignation for the third time in 525 days